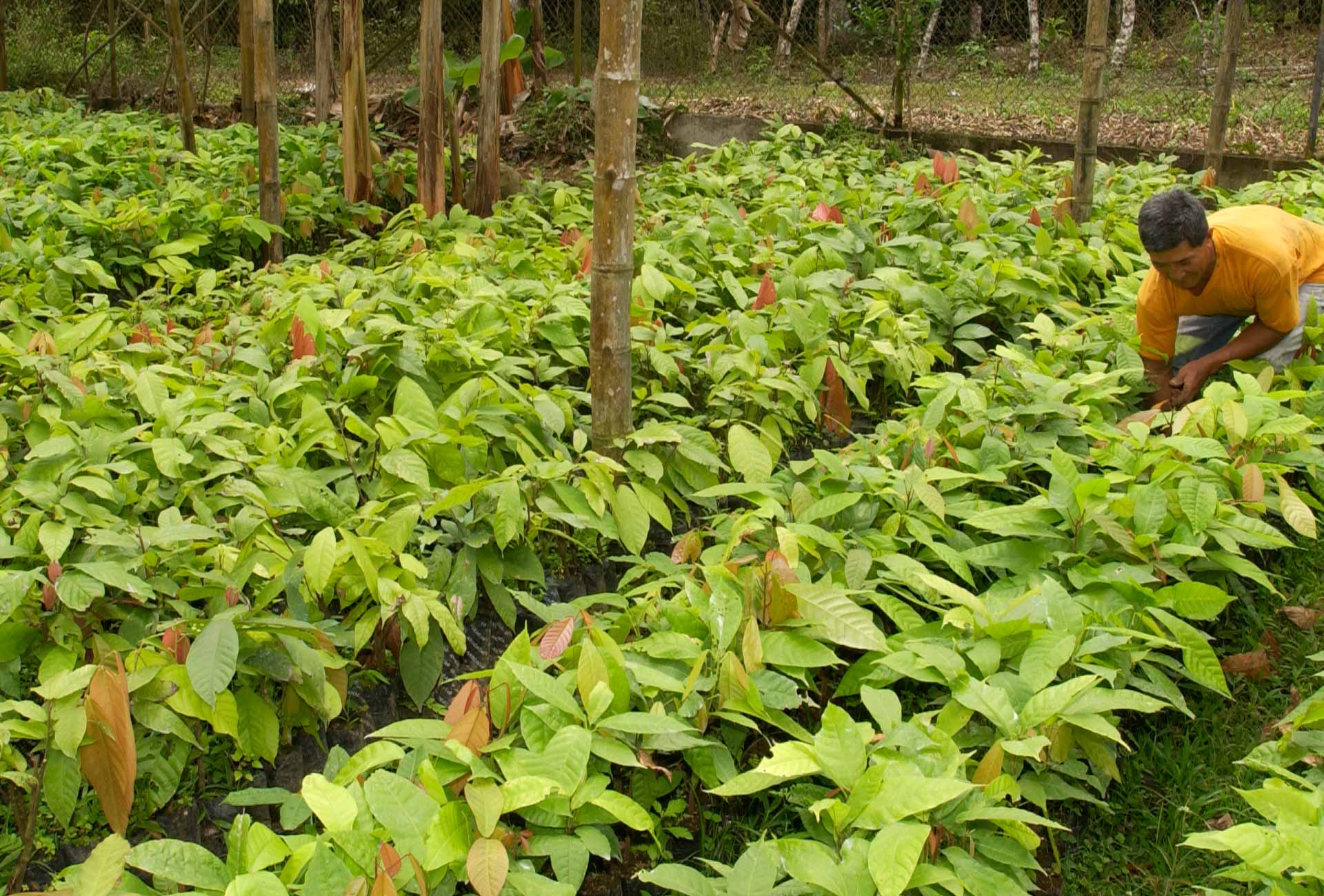 Nicknamed the archipelago of “middle of the world,” São Tomé, consistuted of two volcanic islands off the coast of Gabon, was the gateway of the cocoa to the Africa.
In the early twentieth century, the archipelago was one of the largest cocoa producers in the world.
However, after Independence in 1975, the plantations were gradually abandoned.

When KAOKA arrived in 2001 in Sao Tome & Principe, it is the beginning of a long project. Everything is done.

Firstly, we must organize the cocoa production. From 2005, KAOKA gather together producers and structure them in a cooperative: CECAB was born. Gradually producers begin to work together in small community associations.

Then, post-harvest infrastructures are built in each association (fermentation boxes, solar dryers…). Furthermore, producers are technically trained by KAOKA in order to produce and process excellent cocoa. It’s a real know-how.

Wishing to go further in this partnership since 2009 KAOKA undertakes to renovate old cocoa plantations whose production was in decline, thereby jeopardizing the activity of producers.

Nowadays, CECAB has become the main exporter of the archipelago.

What about the future?

Kaoka guarantees a price about 40% superior to the best prices in the conventional market, as well as a minimum price when market is unfavorable.

Farmers are thus secured to sell their entire cocoa production at a price that gives value to their work.

In 2012, Kaoka starts a partnership with ASEPIC, a santomean NGO promoting education and cultural exchanges.

The first educational resource center of the country is implemented, and the project supported educational gardens in these schools.